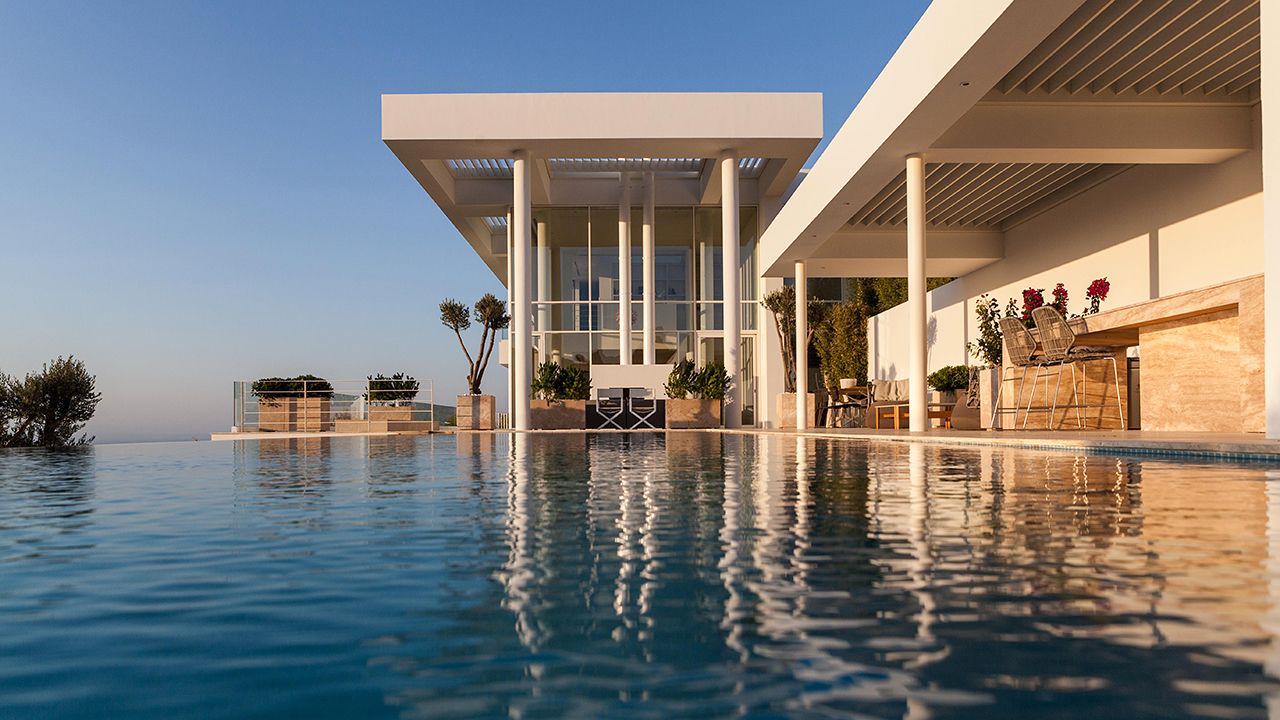 LISTING OF THE DAY

Mr. Meier’s signature use of white dominates the 5,700-square-foot house, one of five homes designed by the Pritzker Prize-winning architect in a woody enclave overlooking Bodrum’s Yalikavak village and the Aegean sea beyond.

“On a clear day, you can see the Greek islands, all the way to Patmos,” said Heike Tanbay managing director of Engel & Völkers Bodrum, the listing agent. “Meier is all about light, and with the home’s clear facade, the interplay of light and shadow inside the house changes constantly throughout the day.”

A gate and guardhouse protect the entrance to the Mr. Meier-designed development. The home’s front door opens to a soaring atrium—with 30-foot ceilings and slim white columns—that extend into the living and dining areas. Blond oak floors throughout the home were imported from Germany.

The effect is minimalist, but not cold, said Ali Pamir, chairman and co-founder of Pamir & Soyuer, the developers.

“Meier’s language is so unique that you don’t need to clutter the area with anything,” he said. Mr. Meier designed the house on the 45-centimeter grid for which he’s known; every dimension in the house measures out in multiples of 45 centimeters, or about 17.71 inches.

A wall of windows in the living room opens to the home’s wraparound, partly covered concrete terrace and long rectangular pool, which extends to the edge of the deck. The pool measures about 82-feet long by 20 feet across. To the left of those windows, Mr. Meier designed a concr-te-and-plaster fireplace that dominates the space in front of another wall of glass.

Further into the house, the features Gaggenau appliances and fixtures by U.S. maker Waterworks. The kitchen’s sleek white cabinets and square, granite-topped island were “all produced in Turkey, by local craftspeople,” Mr. Pamir said. The kitchen enjoys all-day light from its own wall of windows.

The owner’s suite takes up the entire second floor. Through floor-to-ceiling windows on two sides, it also overlooks a lush landscape and the Aegean Sea. Along with a private terrace, the owner’s suite features its own library and work area on a balcony built to hover over the living dining room.

On the garden level, the home features a guest suite that opens onto the home’s manicured grounds.

“You see seven fairly old olive trees which we brought in,” Mr. Pamir said. “Meier has talked about ‘healing landscaping,’ meaning that you put back whatever you displaced to build. There’s also a grid of pomegranate trees we planted.”

With 5,704 square feet of living space set on 1.23 acres, the house features five bedrooms and seven bathrooms. Those figures include a one-bedroom/one-bathroom apartment for staff with its own garden entrance, as well as a bathroom in a poolside cabana. 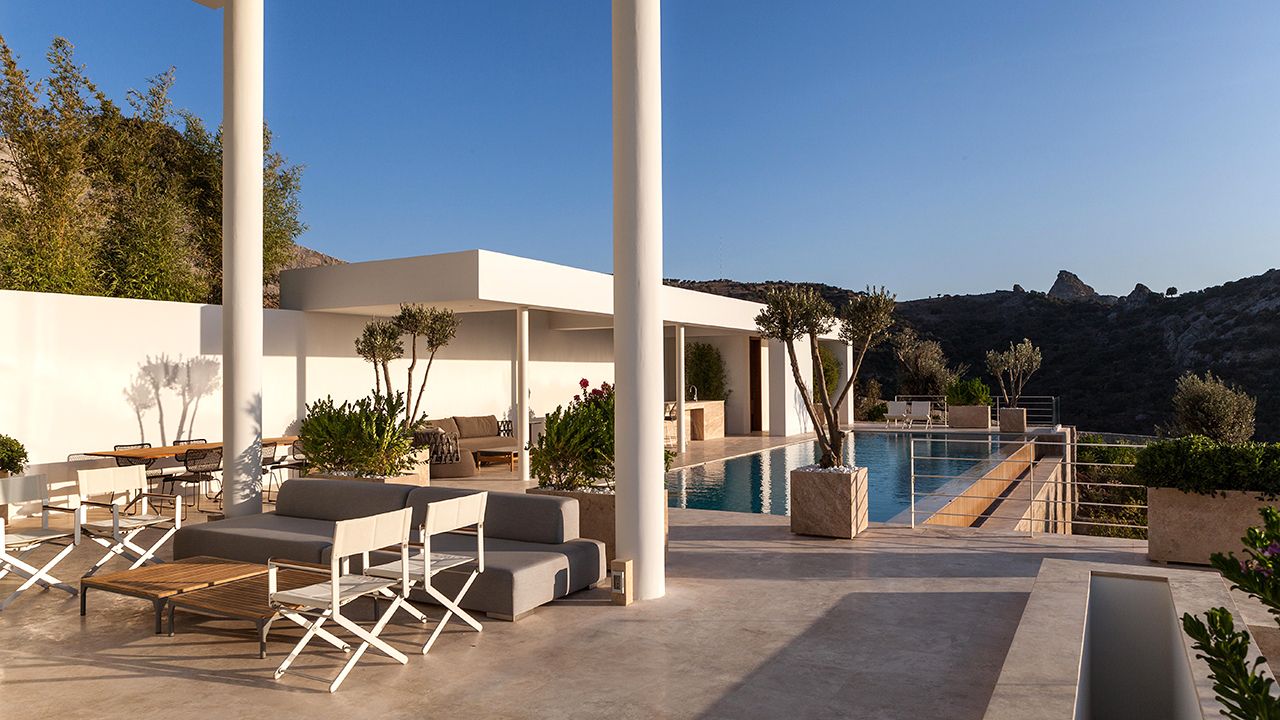 You can access the full article published by Michael Kaminer on Mansion Global website on Dec. 17, 2020, at the link below.